How can we reduce burnout among correctional officers?

How can we reduce burnout among correctional officers? 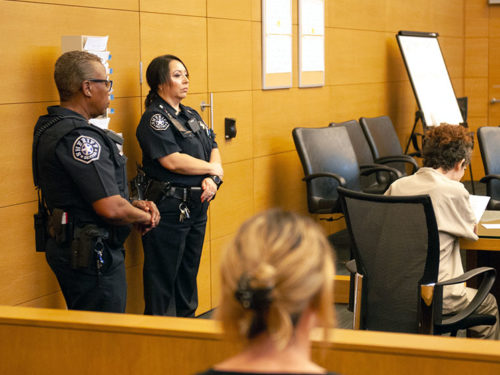 Burnout is a serious occupational phenomenon that is linked to a host of poor employee outcomes and can interfere with an organization’s ability to operate. Correctional officers are at a particularly high risk of experiencing burnout, even compared to other frontline workers. In this project, we piloted a light-touch, online wellness program among correctional officers and civilian staff at Denver’s Sheriff Department, comparing whether peer support was more or less effective than individual level support in a randomized controlled trial. Six months later, staff who had access to peer support reported significantly higher job satisfaction and had more positive mindsets about the residents with which they interact.

Why is this issue important?

Burnout is a serious occupational phenomenon that is associated with higher levels of physical and psychological challenges. Workplaces with high levels of burnout among their employees may see increased absenteeism and turnover, leading to negative impacts on workplace operations and the people who the organization serves. Correctional officers often experience very high levels of burnout and turnover, even in comparison to frontline employees in other burnout-prone fields, such as social workers. At the Denver Sheriff Department, our surveys and qualitative research indicated that large numbers of employees were suffering from work-related burnout and PTSD.

What are we doing?

We designed and tested a simple, online social support wellness program. Once a week for eight weeks, staff received a wellness prompt via email. Half of the staff received a peer-focused wellness prompt, intended to elicit thoughts about ways in which they have previously felt supported by their coworkers, or perhaps how they have or would support coworkers. They were invited to submit their responses for the week anonymously to a confidential online platform and to browse responses to earlier prompts from other staff members. Each email also contained a  particularly noteworthy response from the previous week’s prompt. The other half of staff members received an individually-focused wellness prompt and were invited to respond in a private, online journaling activity.

What have we learned?

This project is ongoing. The results suggest that organizations employing frontline workers who are prone to burnout may improve their employees’ well-being by implementing a similar social support program. Crucially, in the context of corrections, these results also suggest that improving the well-being of correctional officers has the potential to change the way they interact with residents under their care.